You are here: Home / About / Kathleen Warner Yeates / Actor/Singer 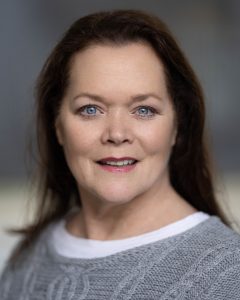 IFTA online discussion about the making of The Letters feature film on Youtube; https://www.youtube.com/watch?v=Jv1Qkm6e4vA

The Changemakers with the Sorente Project on RTE 1, February 7thh, 2022.

“The Letters”, as leading role of Mary in award winning feature film by Robbie Walsh 2021.

“Laugh While You Can”, as Vicky in a new musical in development at Torn Page Studio, NYC January 2020.

“Forever in my Heart”, as Evelyn in Hallmark Channel feature film.

“Gods of the Ozarks”, as Isadora Boone in a play with AboutFACE Theatre, Civic

Kathleen has over 35 years experience in theatre, film and voice overs. She has performed on stage in lead roles in musicals, new plays, experimental theatre, contemporary plays, Spoken Word, Shakespeare, and Shaw. In film she has had the female lead role in two independent feature films, and lead roles in many short films, numerous commercials and voice-overs.

She has recently returned to the acting business after a family leave, and was awarded the “Best Duologue” performance in the Dublin IAG industry showcase April 2014 as voted by Maureen Hughes (Love/Hate), Louise Keily (Ripper Street), Mark O’Connor (Between the Canals, King of the Travellers)

“As a working and active director and producer (and former ICM Agent), I have seen my share of actresses but I have to say Kathleen is one of the best actresses I have ever had the pleasure of watching. She has a huge heart and uses it in her work, which can not help but affect and engage the audience intensely. Her authenticity, precision and spirit has few peers. I can’t wait to work with her again.”

“I recently directed Kathleen as an actor on a short improvisational film project. Kathleen is an incredible artist to work and collaborate with, with an incredible emotional range and an intricate and highly impressive knowledge of her craft. As I learned very quickly on the production Kathleen’s ability to improvise and push a scene dramatically is second to none. I would recommend Kathleen to anyone looking to work with an astonishingly talented actor.”

Reviews for Theatre and Film Performances (Being added here soon!)

As Gertrude in Hamlet:

“… with Kathleen Warner Yeates being a tower of strength as the conflicted Gertrude.”

… solemnly impressive performances from Paul Kealyn and Kathleen Warner Yeates as the King and Queen.”

“…the weak-willed Queen — Kathleen Warner Yeates’s handwringing, drink-dependent Gertrude. In addition to a hinted Oedipal relationship with her son, Warner Yeates adds intemperance, avarice and an all-too-mutable loyalty to her list of sins.”

As Babe in Crimes of the Heart

As Polly Peachum in Brecht’s The Threepenny Opera

“… perfect in the role, delicate and funny, with a charm reminiscent of Amy Irving.”

“… has the voice and dramatic style to master Weill’s jagged, unmelodic tunes and Brecht’s rough and roughing lyrics.”

“… voice, look, and personality came together to result in an interesting and amusing character.”

As Jane in When it Hits the Air

“… with her excellent timing and superbly comic flair manages to save many a sagging moment.”

“… plays the role with zest and a sure sense of caricature.”

As The Daughter of Indra in A Dream Play

“… a real acting feat, bringing sense and depth to a character which is written as a whispy cloud.”

As Dora Van Tyne in Romance on the Rails

“… a joy to watch, flashing feathers and mink stoles with a big city panache, prancing and preening like a Wild West Sarah Bernhardt”.

As Ellen the Cunning Woman in Vinegar Tom

“…among the more convincing portrayals… Kathleen L. Warner as the herbalist known as the Cunning Woman who sees the writing on the wall.”

As Mary Killoran the lead role in the feature film “Killers” 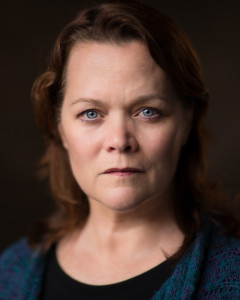 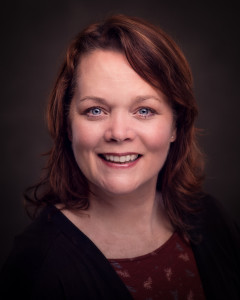 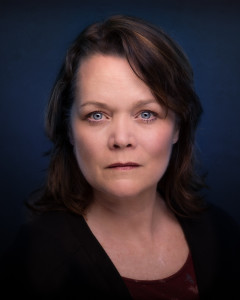