You are here: Home / Acting School / Our Artists-Facilitators

The acting school features an international team of specialised tutors with extensive training and cross-over experience in teaching, acting, directing, writing and producing. It is a key priority of the school to balance high artistic standard with a supportive environment to encourage students to explore, experience and progress. Please have a look at our principles of operation. 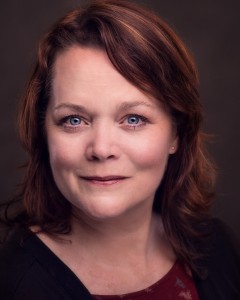 Kathleen was trained with a BFA in Related Arts and Theatre and the Masters program at Villanova University for Acting and Directing, and has worked in the U.S.  and Ireland as a professional actor , director and writer in theatre & film for over 35 years. She has directed, acted, and written for Off-Broadway and throughout U.S. and Dublin, and has had the lead role acting in several independent films, TV series, voice-overs and commercials. She continues to work in all fields of the entertainment industries. Read more about Kathleen’s experience.

Kathleen has been an acting tutor for over 30 years, teaching acting at Penn State University, Villanova University, DIT School of Media (TU), and other professional training programs. She is the Director of Flying Turtle Productions and works as a consultant for Directing Actors for Film and Customised Corporate Training as well as offering her expertise as a guest facilitator/course design consultant. 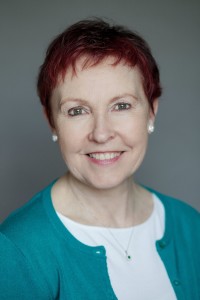 Ann Russell trained with the late Deirdre O’Connell at the Focus Stanislavski Studio, has an MA in Modern Drama from UCD and a Licentiate Diploma (Teaching) from the London College of Music and Drama.

Ann is a member of ReActors Actors’ Agency. Some of her favourite recent roles  include The Nurse in Romeo and Juliet for Devise + Conquer: Constance in Elysium Nevada by Barry McKinley, Bewleys Café Theatre and UK/Irish tour (Elysium Nevada was nominated for an Irish Times best new play award in 2010) and Duchess of Gloucester in Shakespeare’s Richard 11 at Smock Alley. She also played in Portia Coughlan by Marina Carr for Bluepatch; Reading Turgenev by Johnny Hanrahan for Meridian; John B. Keane’s The Chastitute and Moll; Brian Friel’s Dancing at Lughnasa and Vampirella and the Company of Wolves based on the work of Angela Carter and toured UK and Ireland with Women on the Verge of HRT. In A Titter of Wit which she directed and performed in at the Irish Writers’ Centre, she played various characters from the work of great dramatists such as Sheridan, Wilde and O’Casey. At Focus Theatre she appeared in many productions including The Secret Rapture, All My Sons, The Balcony, Precious Sons and Awake and Sing

Directing includes the highly successful The Bother with the Brother based on the work of Flann O’Brien and performed at Bewley’s Café Theatre for the 100th anniversary of the birth of this great writer and The Shape and The Stump at Focus Theatre. Other directing includes The Magic Glasses by George Fitzmaurice at St. John’s Theatre for Listowel Writers’ Week, The Cut by Tara Maria Lovett, Shakespeare’s Macbeth, Greatest Hits (Dublin Fringe) and Are You Listening to me Gaybo? by Mary Halpin which toured throughout Ireland 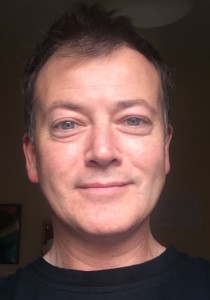 Barry McEvoy developed and runs the screenwriting program for Flying Turtle Productions at the Abbey School and at the Pearse Centre in Dublin, Ireland, and is also on the panel for the Writers-in-Prisons scheme, having taught inmates at Dublin’s Wheatfield prison.

Barry received a Screenwriter to Watch award in 2000 from Variety magazine and saw his critical analysis of the film Joker published in Script magazine in 2020. https://scriptmag.com/screenplays/paradox-pressure-and-metaphor-in-joker
He holds a Master’s Degree in Playwriting from the LIR academy/Trinity College, Dublin.

See more about Barry McEvoy and his work doing individual screenplay coverage in his website here: Out Come the Knives 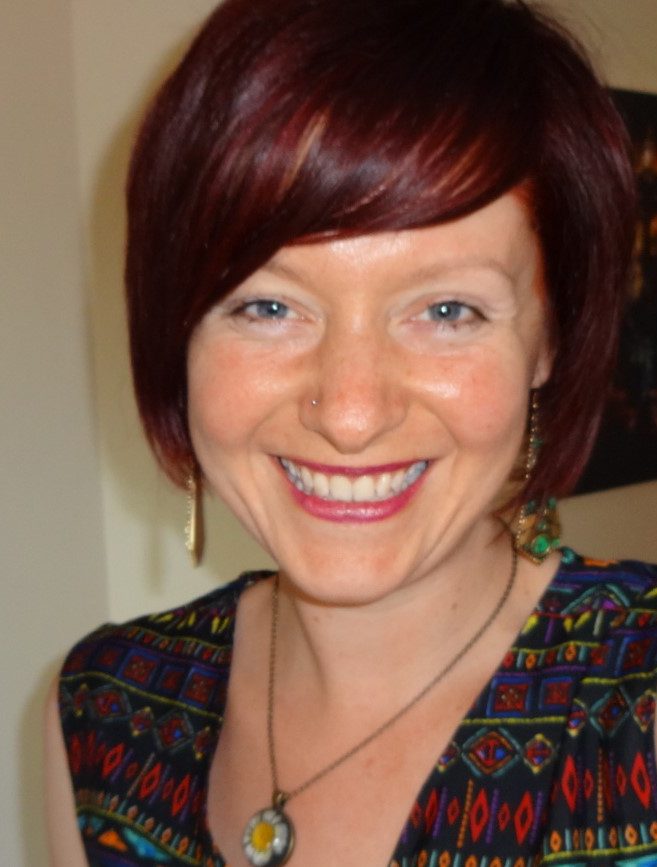 Miriam is a drama facilitator with a Masters in Drama in Education from Trinity College, Dublin with over 12 years experience as a teacher and teacher trainer in Ireland, Kenya and India. Having worked in a variety of fields including Montessori ed, English language and Drama, Miriam has always had a passion for education and the arts. She currently specializes in teaching English through drama and has devised a course for language learners interested in developing their English through more creative, embodied methods. Her passion for learning has not stopped there: she is currently involved in a research project to investigate how art-based processes like drama, dance and music-making can support refugees and asylum seekers learning of foreign languages.
Miriam is also a qualified CELT trainer with Swan Training Institute where she trains English Language teachers. She also facilitates workshops and courses both locally and internationally for language teachers interested in teaching through drama. 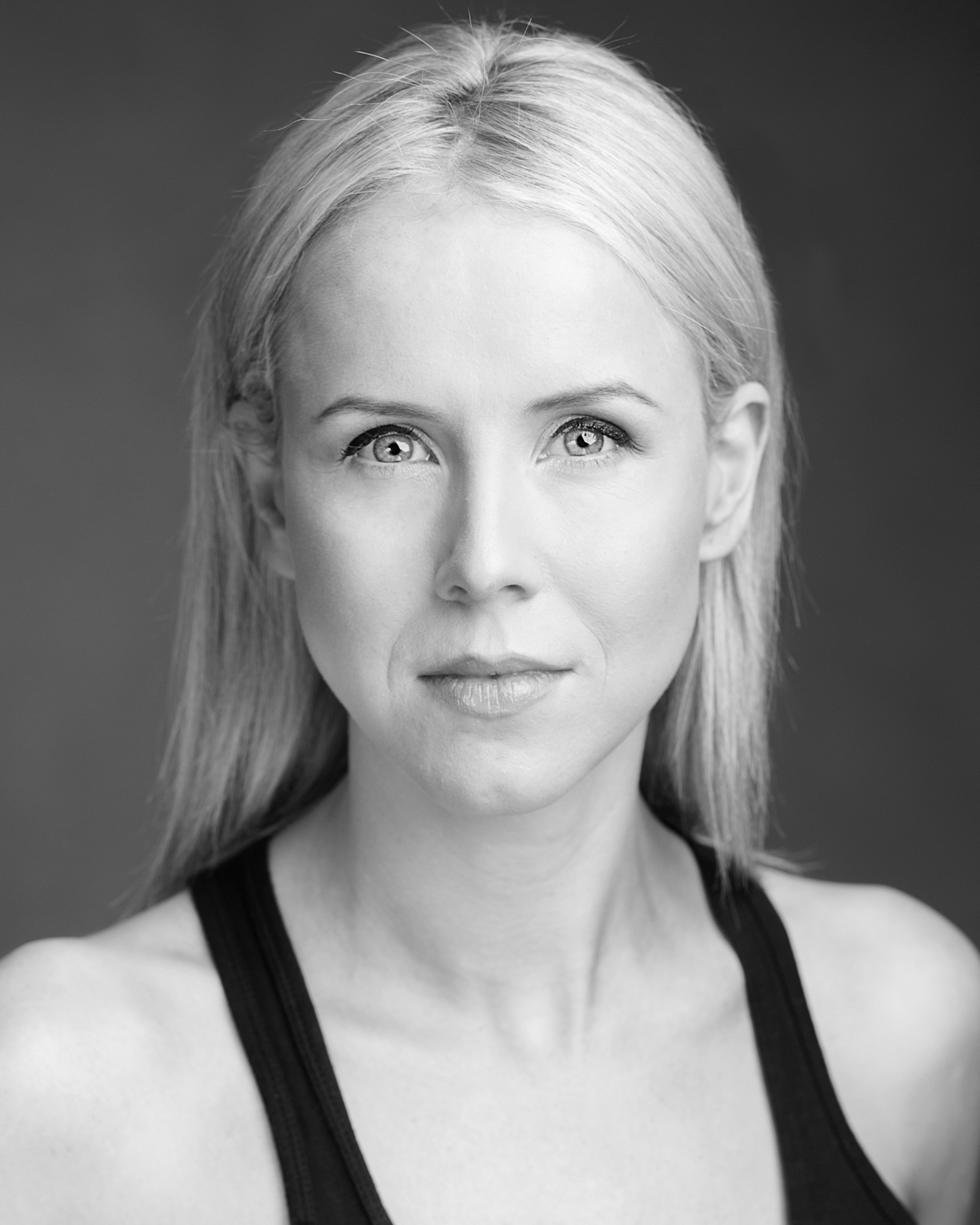 AnnMarie O Donovan is an Actor, Playwright and Theatre Instructor. She began her training in University College Dublin and went on to further study with the Gaiety and Abbey Schools of Acting & Drama. She has performed in a wide variety of professional contexts including Irish theatre, film and television. She holds an Associate Diploma in Drama from the Royal Irish Academy and has devised, directed and staged over 20 stage plays for young performers. She combines her theatre work with dynamic communication and performance skills coaching. AnnMarie has successfully coached individuals and groups from entrepreneurs to senior board directors, inspiring and empowering them to increase their personal impact, authenticity and presence. 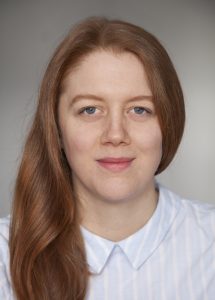 Gemma trained in Liberties College Dublin for two years in their Drama Performance course level 6, obtaining an honours certificate. Afterwards she studied with the Ann Russell Academy receiving her Speech and Drama Teaching Diploma with Royal Irish Academy of Music.  Additionally, Gemma attended the Advanced Actor Training course at the Gaiety School of Acting, and has just completed the Bow Street Full Time Program training for Acting for Camera, where she was Nominated as a Spotlight Prize Finalist. She has performed in several plays around Dublin including Julius Ceasar in Smock Alley, The Imaginary Invalid in the Sugar Club, and most recently was part of the Scene and heard Festival. Gemma has taught youth drama in the Liberties Youth Centre, the Kilkenny Youth Theatre, and in  Ethiopia, with the non profit organisation Youth Release working with teens and young children from disadvantaged communities. 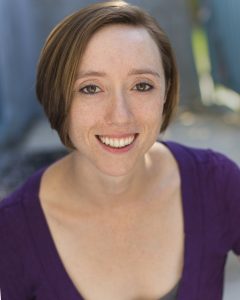 Ashley Steed is a theatre maker (primarily as a director, performer, and creative producer) and educator. She recently moved to Dublin, Ireland from Los Angeles where she was a member of the award-winning Son of Semele Ensemble and ran her own company, The Visceral City Project, which devised new works. Her practice focuses on new writing, immersive and site-responsive work, and devised and physical theatre.

Ashley holds a BA in Theatre from the University of Southern California (USC) and an MA in Theatre and Performance from Queen Mary, University of London. Her master’s dissertation focused on the role of play in the re-creation of risk, uncertainty, and tension in immersive and participatory work. She also taught Contemporary Theatre at USC.
www.ashleysteed.com || twitter: @ashleysteed || insta: @yelhsadeets 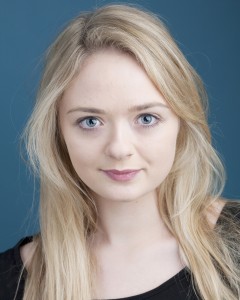 Lisa is a Speech, Acting and Communications Facilitator. As an Actress, Voice-Over Artist and Theatre Maker, Lisa works professionally as a performer in each field she teaches.

Lisa holds a First Class Honours B.A. in Drama & Theatre Studies from the Samuel Becket Centre, TCD, specializing her advanced studies in Acting & Devising.  She became a Fellow of Speech, Drama and Communications in 2014 and has an L.L.C.M Teaching Dip. with London College of Music. She also trained at Lee Strasbourg Theatre & Film Institute, NYC and in Contemporary Irish Theatre and Practice at the Lir Academy.

Lisa is a founding member Talking Shop Ensemble. Lisa performs, devises and produces original theatre plays with the company (winners of Best Ensemble 2014, Best New Writing 2013, Lir Revival Award 2013). Productions include Advocacy, Death of the Tradesman, I am a Home Bird (It’s Very Hard) and Do you Read Me? 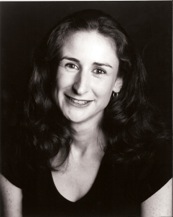 Sue teaches Movement in The Lir Academy, TCD for the BA (Hons) Acting and MFA Directing as well as convening a course for the M Phil. Theatre & Performance at The Beckett Centre, TCD. She worked as an actor for over fifteen years prior to completing and MA in Actor Movement at Central School of Speech & Drama, London. Since then she has worked as a freelance Movement Director in theatre and opera and film. Her work includes Twelfth Night, The Plough and the Stars, 16 Possible Glimpses, The Rivals, The House, Major Barbara and Pygmalion at The Abbey Theatre, Elektra for Canadian Opera Company, Coraline for Puca Puppets, Semele for RIAM, Dead Man Walking for Opera Ireland and on film, Sue choreographed the ballroom scenes for Northanger Abbey. 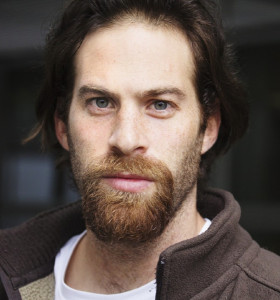 Stave is an actor, stuntman, stage combat instructor and fight choreographer. He began his training with the Irish Dramatic Combat Academy and went on to become a fully qualified instructor. He spent 3 years training as an actor with Bull Alley theatre training company where he engaged in several theatre productions at the civic theatre including Dracula Macbeth and The Crucible. His theatre credits include Big Love (Abbey Theatre), Merchant of Venice (Devise+Conquer), Measure for Measure (Whiskey Tango Foxtrot), Spartacus(Whiplash), War of the Rose’s trio (Whiplash). As a fight director he worked on Footloose (Stillorgan Musical Company), Romeo and Juliet (Devise+Conquer), Romeo and Juliet (Marino College ). Since 2011 he has been working as a professional stuntman on film and TV. 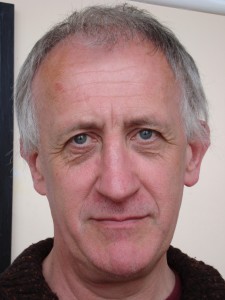 Paul has worked as a professional actor, director, playwright, and acting teacher for over thirty five years. He has worked as a director with the Abbey, the Gate and other Dublin theatres, with Druid in Galway, with Island in Limerick and with Red Kettle in Waterford for whom he has directed two Bernard Farrell premieres and five other shows. Productions in the past twelve years include Diarmuid de Faoite’s award winning Padraig O’Conaire; Paris Texas with POC Productions which won an award at the 2003 Dublin Fringe Festival. His production of The Fairgreen Slaughterhouse by Colm Corless won Best Production at Project ’06 in Galway and was revived in May’07 at the Project Arts Centre, Dublin. He recently directed Pigtown by Mike Finn for Belltable in Limerick, and the Brian Boru weekend in Killaloe, this spring.

Margot trained in the theory and practice of theatre in Ireland, the USA and Vietnam. She has performed in a wide variety of professional contexts including theatre, television and film, and she maintains a vibrant performance and workshop practice. Recent facilitation work with young people includes puppet-making and performance, story-building and voice and movement skills. She has also a special interest in therapeutic theatre. Margot continues to update her professional skills and is currently researching in the area of the traditional arts and devised performance. She has lectured at the University of Hawai’i and at Trinity College, Dublin, and she holds an MA in Theatre (Villanova), a PhD in Asian Theatre (Hawai’i)and an MA in Dramatherapy (Roehampton).