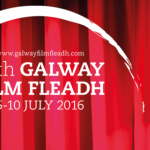 This year’s gathering of Irish and International film industry at the 2016 Galway Film Fleadh only confirmed what we knew – that Irish talent for film making, writing and acting is entering a kind of swell of success. This year Irish films received 2 Academy Awards and 7 nominations,  1 Golden Globe and 6 nominations, as well as 1 Jury Prize in Cannes and 7 selections in Sundance. So the abundance of talent in this year’s Galway Film Fleadh was no surprise. END_OF_DOCUMENT_TOKEN_TO_BE_REPLACED 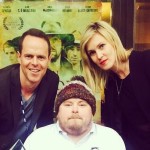 The Galway Film Fleadh is a renowned marketplace for new Irish and International film industry talent, and has just finished its week of celebrations July 7th-12th, 2015. We wish to send a huge congratulations to alumni Tristan Heanue (Director/Writer) of the film “Today” and alumni actors Lynn Rafferty and John Connors, for their win of the honor “Best First Short Drama” END_OF_DOCUMENT_TOKEN_TO_BE_REPLACED